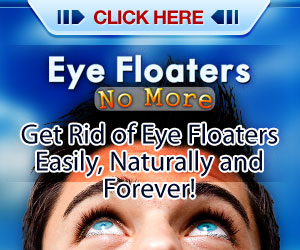 The main unmet medical need is that there is currently no accepted medical therapy to treat dry AMD. Based on epidemiological studies many cases of dry AMD could be prevented by reducing cigarette smoking; for example, almost 30 000 cases of AMD in the UK could be attributed to smoking.23 The role of oxidative stress in disease pathology suggests the advisability of antioxidant, carotenoid, and vitamin supplementation. One difficulty with dry AMD is that, as a largely asymptomatic and slow-developing disease, it is frequently the case that significant morphological damage (RPE cell and photoreceptor death) has occurred before the patient experiences visual deficit and thus is aware of the disease. On the positive side, a therapy that even just significantly slowed AMD progression in an elderly population might be sufficient to mostly preserve visual acuity for the rest of a patient's life.

With the existing and pending approval of several treatment options, such as PDT, VEGF inhibitors, and angiostatic steroids, the prospects for wet-AMD treatment look bright. This is especially encouraging given the frequently aggressive course of the disease. Still, the two approved therapies as of mid-2005 (pegaptanib, PDTwith verteporfin) can only slow the loss of visual acuity, instead of the ideal case of improving it or at least arresting its decline. However, recent exciting phase III clinical trial data for ranibizumab (see above) suggests the attainability of improving visual function.

The delivery of most of these agents is less than desirable: intravenous delivery, as used for example for verteporfin, is inconvenient and gives systemic exposure to the drug, while the intravitreal injection route, as used for example for pegaptanib, ranibizumab, and triamcinolone acetonide, carries the risk of enhanced intraocular infection. Less invasive delivery methods, as in the case of anecortave acetate, where a drug depot is created in the back of the eye by injection of the compound onto the posterior sclera without penetration of the eyeball, can offer a distinct benefit if a therapeutically relevant concentration of the drug can diffuse to the choroidal capillaries. In addition, the use of intravitreally placed drug devices impregnated with a drug may come to represent an important delivery method, especially if the frequency of implant removal and reinstallation is significantly less frequent than for other methods (e.g., once a year).

The ideal treatment for either wet or dry AMD would involve topical ocular or locally noninvasive delivery of the therapeutic agent, which would have little if any local or systemic side effects, could be administered infrequently (once a day or less often), and would significantly impede disease regression and improve visual acuity. Although such a treatment may require some time to be discovered, these criteria provide a useful benchmark with which to evaluate new therapies.

Your heart pumps blood throughout your body using a network of tubing called arteries and capillaries which return the blood back to your heart via your veins. Blood pressure is the force of the blood pushing against the walls of your arteries as your heart beats.Learn more...