Obesity has been described as one of the modern epidemics. The numbers that support this argument are real and staggering. Since 1991, the prevalence of obesity has increased 75% and has been observed in every ethnic group.1 The direct and indirect costs of obesity-related diseases has been estimated to be over $100 billion annually. Perhaps the most alarming statistic relative to obesity is the magnitude of the increase in children. In the past 30 years, the prevalence of overweight and obese children has increased fourfold and currently has extended to preschool children where over 10% of children 2-5 years old are overweight.1 Factors responsible for this alarming increase in obesity include alterations in diet and nutrition and physical inactivity, both of which are also risk factors for CVD. Obesity not only increases the risk for the development of CVD but also for the development of type 2 diabetes. Thus, the risk factors for CVD can actually synergize with each other and produce greater changes in morbidity and mortality. The concept of synergy in combined risk factors is further reinforced when the metabolic syndrome is considered This disorder actually combines obesity, diabetes, and high blood pressure in such a way that an individual exhibiting two of the three of these disorders would be considered as part of the metabolic syndrome population. Additional discussion of the metabolic syndrome and the management of this complex disorder is available in this volume (see 6.17 Obesity/ Metabolic Syndrome Overview).

While the obesity epidemic occurs worldwide, it is heavily concentrated in North America9 and especially in the USA where it is estimated that over 60% of adults are overweight or obese as defined by a BMI of greater than 25 (representing approximately 135 million individuals). BMI is a measure of weight in relation to height and any value between 25 and 29.9 kg m _ 2 is considered overweight while a value >30 is considered obese.24 The contribution of obesity to CVD, diabetes, and the metabolic syndrome suggests that in the absence of some sort of regulation of obesity, there will be substantial increases in the number of cardiovascular deaths ultimately attributable in some form or another to obesity. While all of the risk factors are important and significant, the enormous increase in overweight and obese individuals is a high priority as there are few mechanisms for the management of the disorder that do not involve some sort of personal motivation. Drug regimens are inadequate in the absence of lifestyle changes. This area of drug development is clearly one that presents very few options with high efficacy and presents a significant opportunity for the development of truly life-changing 'blockbuster' drugs.

My Life My Diet

I lost over 60 pounds and 4+ inches off my waist without pills, strenuous exercise, or any of the things that the diet experts tell you to do...and I did it in less than 4 months! If you have the desire, and can read through my e-book , then this is for you! I could have easily made it a lot more difficult, with stacks of information that people will never read, but why? 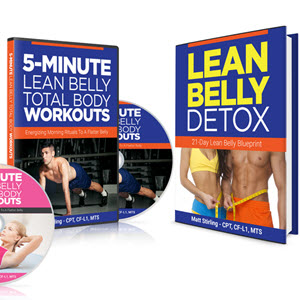 How to Lose Weight From Your Stomach Fast

The Best Ways to Treat Diabetes