INTRODUCTION Blepharitis is a general term referring to eyelid margin inflammation. The two most prevalent factors appear to be a dysfunction of the sebaceous glands (meibomian glands), and colonization by pathogenic staphylococci. Additional common features include a diminished or abnormal tear production, chronic conjunctivitis, and structural changes in the lid margin due to chronic inflammation. Several organisms have at times been implicated in the etiology of blepharitis, including Moraxalla, Demodex folliculorum, and Malassezia furfur (Pityrosporum ovale), however, it now appears the most likely organism is Staphylococcus. Once the bacteria colonize the lid margin and meibomian glands they are virtually impossible to eradicate. Through their production of aggravating exotoxins and enzymes that convert lipids to fee fatty acids, they are responsible for many of the ongoing tissue changes and chronic inflammation seen in blepharitis. They remain sequestered deep in the meibomian glands and can also survive within phagocytizing cells where they remain isolated from antibodies or host defense systems. Once in the tear film free fatty acids can contribute to corneal epithelial breakdown and subsequent punctate kerati-tis. Although the majority of symptomatic patients are adults, most cases of chronic blepharitis begin in childhood as a localized form of seborrhea.

CLINICAL PRESENTATION Blepharitis is characterized by small brittle scales and collarettes at the base of the lashes, and moderate erythema along the eyelid margin. A more severe ulcerative form has larger mottled crusts surrounding the base of the lashes, which upon removal result in small ulcers and even bleeding. With time the lid margins develop telangiectasias and become permanently thickened, roughened, and keratinized on the inner surface. The orifices of the meibomian glands may be dilated and inflamed, and become capped by a dome of inspisated oil or it may take on a "pouting" appearance. The tear film may appear foamy with suspended particulate debris over the surface of the cornea. Recurrent hordeola and loss of lashes are often seen. Angular blepharitis represents a distinct form of blepharitis characterized by a subacute or chronic inflammation of the skin of the lateral canthal region associated with a low-grade conjunctivitis. Symptoms of blepharitis include burning, itching, tearing, blurred vision, and discharge. Due to a disruption in the lipid layer of the corneal tear film, the cornea may lose its lubricant ability, eventuating in chronic keratitis sicca. Marginal corneal infiltrates representing antigen-antibody precipitates are also intermittently seen.

HISTOPATHOLOGY Seborrheic dermatitis is a chronic dermatosis that characteristically involves the scalp, ears, eyebrows, eyelid margins, and nasolabial areas. In common with other chronic forms of blepharitis, there is mild, superficial perivascular chronic inflammation in the dermis, along with acanthosis of the epidermis. Orthokeratosis, parakeratosis, and spongiosis may be present.

TREATMENT Patients should understand that this condition will likely be a life-long problem that can be controlled, but seldom eliminated. The main goals of treatment are to reduce meibomian gland inflammation and to reduce increased tear osmolality. Eyelid cosmetics may be an aggravating factor and should be avoided for a time. Scalp seborrhea must be controlled with 1% selenium sulfide shampoo, and a "baby" or "no tears" shampoo can be used for lid scrubs. Scales and crusts should be soaked and removed daily with cotton-tipped applicators or a moist washcloth wrapped around a finger. Cultures of the lid margins and of material expressed from the meibomian glands should be obtained for antibiotic sensitivities prior to starting topical antibiotics to suppress the bacterial growth. Preferred anti-infective agents in topical ointment form are bacitracin, sulfacetamide, and erythromycin. In the most severe cases a short course of systemic antibiotic, preferably a semisynthetic penicillin, may be needed. For more symptomatic patients mild topical steroids will give earlier relief, but should be promptly discontinued to avoid their adverse effects. Topical cyclosporine 0.05% may be useful in reducing lid margin telangiectasias and meibomian gland inclusions. Milking the meibomian glands on a weekly or bimonthly schedule will reduce the amount of inspisated glandular debris in which the bacteria thrive. In older patients, particularly those with established blepharitis, tear function abnormalities are treated with topical lubrication. Severe cases may benefit from oral tetracycline, 250 mg daily to alter the character of the meibomian secretions.

Stop Your Scalp From Snowing! Finally... A Real Cure for Dandruff! No medication! No weird cures! No messy creams, smelly solutions or strange diets! Are you sick to death of being sold products that could make the problem worse? Are you sick of the shampoos and conditioners that make your head smell like sulphur? If so then try a permanent revolutionary treatment for dandruff! 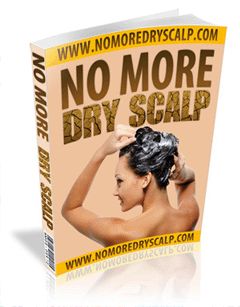