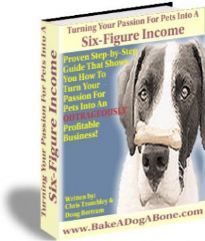 are Amazonian fishes, inhabiting (he quiet blackwater rainforest tributaries of the Amazon River, the second longest river in the world. There, they keep close to the shoreline where the water is still. They hide among tangled roots and branches where they are relatively safe from predators and maintain distinct territories that they would never leave were it not for the fact that the annual rainy season floods their waters and shifts the in about a bit. Otherwise, the discus would probably never venture more than a few yards from home in their entire lives. Discus are found in several countries, including Peru,

Venezuela, and throughout the length of the Amazon to near its mouth in Brazil. They are found in small streams, rivers, and lakes, but never in the Amazon itself. They always live where there is protection and the water is still or slow-moving. The water where they are found is very clean, warm, and has similar chemical properties throughout their range.

Outside of Amazonia, discus are probably available in your own neighborhood pet shop. They are popular worldwide. Many pet shops carry different varieties of discus. They are also widely available through mail order from discus specialists and private breeders. Don't be in a hurry to choose, once you start looking for discus you will be surprised by rif '•< " "

Dr. Herbert R. Axelrod, discoverer of all of the subspecies of discus, always has time to visit discus establishments to keep up with the new innovations.

how plentiful and attractively priced they can be. You will find advertisements for quality young discus in Tropical Fish Hobbyist magazine and discus specialty publications.

Discus have been known since early in the last century, when they were described by Dr. Johann Jacob Meckel. In the 1930s discus entered the aquarium hobby, where they were found to be very difficult to keep, impossible to breed, and extremely expensive. This made the "pompadour fish," as discus

Some of the Gan discus. The top two photos are of Heckel discus, the remaining four are of irregular green turquoise discus.

were eommonly known at that time, all the more popular, as aquarisls are generally people who are intrigued by the challenge of keeping and breeding difficult fishes. Well, it turned out that discus are not really that difficult at all, but they are specific in their keeping requirements and once the aquarists "cracked the code," the discus hobby took off like wildfire.

Brown discus are only rarely kept. They have been displaced by the turquoise progeny.

One of the rarer subspecies of discus is Symphysodon discus willischwartzi. This specimen, however, may not be that subspecies and appears more like a cross between a Heckel's discus and possibly a brown discus.

A pair of Symphysodon aequifasciatus haraldiin the act of transferring their progeny from one parent to the other. The fry are feeding on the nutritious coat of slime produced by the parents for just that reason.

How to Make Your Own Dog Treats