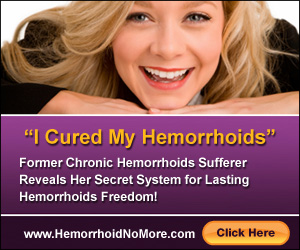 The rectum and the vagina have a common embryologic origin with close anatomic affinity. They originate from the cloaca that is divided by the urorectal septum into a ventral (urogenital) and a dorsal (rectal) portion. From an anatomic point of view, a layer of strong connective-type tissue has been identified between the rectum and vagina known as the rectovaginal septum or the rectovaginal fascia. This layer, located immediately beneath the vaginal mucosa, could be considered part of the vaginal wall and acts as a supportive structure for the perineal body that prevents the rectum from bulging into the vagina. Rectoceles represent a defect in this layer that allows the rectum to bulge into the vagina anteriorly due to the higher pressure on the rectal side.

The true cause of anterior rectocele is unclear. Childbirth is a known risk factor due to the stretching and distention of the pelvic floor and tearing of the rectovaginal fascia. Prolonged straining during defecation in chronic constipation or in nonrelaxing puborectalis syndrome may also lead to the formation of a rectocele. Both of these events promote widening of the genital hiatus, perineal muscle laxity, and pelvic organ descent, which may subsequently lead to pudendal neuropathy. Postmenopausal status and hysterectomy are also proven to be predisposing factors of rectocele.

The rectovaginal septum tends to debilitate with age and parturition.1-3 Additionally, a debilitated anterior rectal submucosal layer may play a role in rectocele formation, as described by Block4 and Janssen and van Dijke.5 However, it is still unknown whether this weakening is the cause of rectocele or the result of a persistent anterior rectal wall stretching into the vagina.

A diagnosis of rectocele is made by taking an adequate history and performing a thorough physical examination. Digital rectal examination is usually performed with the patient in the left lateral position. If any doubt remains, examination can be performed with the patient in the supine position and then asked to bear down in order to further elucidate whether any associated disorders such as a cystocele, descending uterus, enterocele, or sigmoidocele is present. Digital examination also allows the physician to evaluate the height and size of the rectocele and rule out abnormal puborectalis function during the straining effort.

Rectosigmoidoscopy is used to evaluate rectal intussusception and exclude the presence of rectal masses that may mimic these symptoms.

Defecography has allowed visualization of the dynamics of rectal evacuation and has contributed to confirming the presence of a rectocele. Moreover, the functional impairment as well as the anatomic aberration can be appreciated. This is performed by introducing a radiopaque paste (100-200 cc) into a clean rectum by means of a plastic syringe. An additional 20 to 50 cc of liquid radiopaque contrast can be added in order to delineate details with a double-contrast technique.10-12 Spot x-rays are obtained for the rest (R), squeeze (S), and push (P) phases on which measurements of the anorectal angle (ARA), pelvic descent (PD), and rectocele diameter can be accomplished (Fig. 18.1). The rectocele diameter is defined as the distance between the extended line of the anal canal axis and the tip of the rectocele.13,14

Rectoceles may present at one or more of three levels and are known as high, middle, and low rectoceles (Fig. 18.2). High rectoceles are usually due to a stretching or disruption of the upper third of the rectovaginal septum, cardinal, or uterosacral ligaments. This type of rectocele is frequently associated with enteroceles of varying degrees that may need simultaneous surgical correction. The middle level rectocele is by far the most frequent and is caused by the loss of pelvic floor support and further influenced by parturition. Middle rectoceles are located just over the anal sphincter complex, extending upward 3 to 7 cm,whereas low rectoceles are usually the consequence of perineal body defects due to an inadequately repaired major obstetrical injury or overdistention during childbirth.15

Johansson et al16 and Mellgren et al17 pointed out the possibility that some rectoceles may be the result of a paradoxical sphincter response (paradoxical puborectalis contraction) leading to an outlet obstruction and subsequently disappointing surgical results. To rule out this possibility, concentric needle electromyography should be performed to evaluate the recruitment of motor unit potentials (MUPs)18 during an evacuatory effort; generally MUP recruitment should be equal to or less than at rest. If MUP recruitment is increased compared to rest, a paradoxical muscle response can be suspected and preoperative biofeedback therapy is advisable. Mimura et al19 and Johansson et al16 have suggested that biofeedback should be taken into account to ensure better surgical results. Response to medical therapy leads to symptomatic relief in only a minor percentage of patients with paradoxical puborectalis response and rectocele.

Rectoceles may also be classified according to size—small <2 cm, medium 2 to 4 cm, or large

1. Rectocele >4cm in diameter as measured by defecography

2. Non- or partial emptying of rectocele during push in defecography

3. Rectal or vaginal symptoms for longer than 12 months

4. Persistence of symptoms for at least 4 weeks despite increased fiber intake of up to 35 g/day If Pregnancy Is Something That Frightens You, It's Time To Convert Your Fear Into Joy. Ready To Give Birth To A Child? Is The New Status Hitting Your State Of Mind? Are You Still Scared To Undergo All The Pain That Your Best Friend Underwent Just A Few Days Back? Not Convinced With The Answers Given By The Experts? 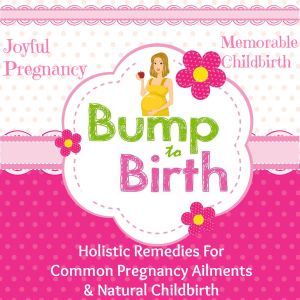