Early attempts to establish GI candidiasis in adult animals without pretreatment with immunocompromising agents were largely unsuccessful (reviewed in Cole et al., 1993, 1996; Guentzel et al., 1985). Conventional (commercial) mice that are purchased either specific-pathogen-free or with a defined microbial flora do not harbor C. albicans on their mucosal surfaces. Results of immunocompetent animal model studies indicate that for GI candidiasis to be established either the indigenous micro-bial flora (microbiota) must be disrupted (Kennedy and Volz, 1985) or Candida must become implanted in the gut before colonization by the normal flora occurs (Kennedy, 1991; Pope et al., 1979). A number of studies have carefully evaluated changes in bacterial flora and Candida GI colonization in rodents in response to antibacterial regimens (Ekenna and Sheretz, 1987; Helstrom and Balish, 1979). It was subsequently possible to establish C. albicans in the intestinal tract of germ-free mice for extensive periods (reviewed in Cole et al., 1993). Samonis et al. (1990) successfully established GI candidiasis in 3-month-old conventional mice that were fed chow containing ~1.5 x 107 cfu of C. albicans per gram food. Mice were fed chow continuously for 14 days. Exposure to high numbers of the fungus, together with partial protection from gastric acidity offered by the solid nature of the food, were considered major factors influencing the establishment of persistent GI candidiasis. It is recognized that gastric acidity plays a crucial role in passive protection against Candida colonization and infection in humans (Cole et al., 1993).

Animal models have also been designed using various immunocompromising procedures to establish C. albicans in the GI tract. These include conventional animals treated with a combination of X irradiation and broad-spectrum antibiotics, and corticosteroids plus certain antineoplastic drugs such as cyclophos-

phamide or arabinosyl cytosine, which are toxic for dividing cells in the GI tract (reviewed in Guentzel et al., 1985). Recently, it has been shown that neutrophil depletion greatly increases susceptibility to GI and disseminated infection in adult conventional mice (Romani et al., 1997). In all cases, the intestinal tract was well colonized by the opportunistic pathogen, and systemic spread of Candida to the body organs was observed. Administration of both cortisone acetate and cyclophosphamide to conventional mice at sufficiently high concentrations also induces leukopenia and significantly increases susceptibility of these animals with preexisting C. albicans in their GI tract to systemic candidiasis (Cole et al., 1989). Murine models of GI candidiasis also include mice with retrovirus-induced immunodeficiency syndrome (Cole et al., 1992; Moors et al., 1990; Wu-Hsieh et al., 1988), mice with severe combined immunodeficiency syndrome (SCID; Narayanan et al., 1991; Jensen et al., 1992), or gnotobiotic mice with a variety of congenital immunodefects (Cantorna and Balish, 1990; Balish et al., 1993). The oral cavities, alimentary tracts, and vaginas of adult gnotobiotic mice can be easily colonized by C. albicans.

Neither morbidity nor extensive mucocu-taneous or disseminated disease have been observed in athymic mice. In contrast, mice with combined congenital defects in T, natural killer, and phagocytic cell functions were easily colonized with C. albicans and were very susceptible to mucosal and disseminated candidiasis (Balish et al., 1984; Cantorna and Balish, 1990). Recently, mice deficient in interleukin 6 (IL-6; Romani et al., 1996a,b) or tumor necrosis factor/lymphotoxin a (TNF/LT-a; Men-cacci et al., 1998a) were also found to be highly susceptible to GI and disseminated candidiasis. Similarly, patients that undergo chemotherapy for hematological malignancies are at particularly high risk for development of chronic disseminated candidiasis, due to GI toxicity of the antineoplastic drug, prolonged neutropenia, extended treatment with antibiotics, and frequent high numbers of Candida in the stool (Bodey and Anaissie, 1989).

It has been possible to establish C. albicans infection in the alimentary tract of conventional mice by gavaging neonatal mice with large doses of viable yeast cells (reviewed in Cole et al., 1993; Guentzel et al., 1985). Pope et al. (1979) were the first to describe an infant mouse model of GI and disseminated candidi-asis. About 50% to 60% of the gavaged neo-nates succumb to the latter traumatic procedure, but the alimentary tracts of survivors are colonized with C. albicans for at least 3 to 10 weeks, depending on the mouse strain. On testing several clinical isolates of C. albicans for virulence in CFW infant mice after oral intragastric challenge, no apparent correlation was found with virulence after intravenous inoculation or with the ability to cross the bowel wall in large numbers (Cole et al., 1993). It was also possible to colonize the GI tracts of neonatal mice by inoculating the mammary glands of the lactating mothers with viable C. albicans yeast cells and allowing the infants to suckle (Hector and Domer, 1982).

When Candida isolates cross the bowel wall in infants immediately after inoculation, the fungus is later cleared from body organs but established foci of colonization persist in the GI tract (Cole et al., 1993, 1996). Abundant yeast cells associated with the stratified squamous epithelium of the gastric mucosa are observed. The infant mouse model has several advantages for investigations on GI and disseminated candidiasis, which include (1) retention of natural host barriers and coexistence of normal gut flora prior to and after challenge, (2) a system for exploring the events leading to systemic spread from foci of colonization in the GI tract, and (3) a system for generating long-term GI colonization in the presence of normal microbial flora. The infant model of GI can-didiasis has allowed examination of the effects of immunocompromising agents and procedures that may precipitate systemic candidiasis, as well as the evaluation of antifungal agents in the clearance of Candida species from sites of established infection in the GI tract and visceral organs (Lopez-Berestein et al., 1987). Provided that the appropriate feeding procedures have been successfully carried out, the model of GI and disseminated candidiasis in adult immunocompromised mice represents a useful alternate model of infection with minimal animal care and handling.

Although immunodeficient mice are extremely susceptible to GI and disseminated candidiasis, they are not overtly susceptible to mucosal candidiasis of the genitourinary tract (Cantorna et al., 1990). Local immune and nonimmune mechanisms appear to play a pivotal role in the control of C. albicans infection in the vagina (De Bernardis et al., 1999; Fidel and Sobel, 1998). In women, hormonal changes (especially estrogen) and local TH cell dysregu-lation greatly influence resistance to mucosal colonization and predispose to recurrent vaginitis (Fidel and Sobel, 1996). The influence of estrogen on Candida infectivity is clearly evident by the prerequisite of pseudoestrus in animal models of vaginitis, which show features resembling those described for human vaginal infection (Fidel et al., 1993; Ryley and McGregor, 1986; Sobel et al., 1985). Moreover, there is data suggesting that estrogens enhance vaginal epithelial avidity of Candida (Kinsman and Collard, 1986) and that yeast cells possess cytoplasmic receptors for female reproductive hormones (Fidel and Sobel, 1996). It is also conceivable that fluctuations in reproductive hormones affect susceptibility to vaginal infection potentially by modulating local immune responsiveness. In the case of vaginal C. albi-cans infection, the basic knowledge of mouse immunology together with the availability of genetically defined inbred strains renders the mouse model particularly useful for immu-nological studies.

Systemic candidiasis in inbred mice closely resembles the human disease in that lesions are similar in nature and distribution, with the kidneys and brain being the prime focus of infection (Odds, 1988; Papadimitriou and Ashman, 1986). After intravenous infection, the yeast colonizes the brain and other tissues by adherence to and penetration through the capillary endothelium and then establishes foci of infection (Barnes et al., 1983). The proximal cause of death has not been unequivocally established, although one likely cause is kidney failure resulting from acute fungal pyelonephritis. In mice, susceptibility to infection depends on genetic host factors as well as on the type of TH immune responses elicited (see Critical Parameters and Troubleshooting). Cytokines pivotally contribute to the selection of the Th repertoire occurring in C. albicans infection (Romani et al., 1992). Experiments on cytokine administration, neutralization, or the use of cytokine-deficient mice have revealed the complex immunoregulatory activity of cytokines, which affect the induction and

Cure Your Yeast Infection For Good

The term vaginitis is one that is applied to any inflammation or infection of the vagina, and there are many different conditions that are categorized together under this ‘broad’ heading, including bacterial vaginosis, trichomoniasis and non-infectious vaginitis. 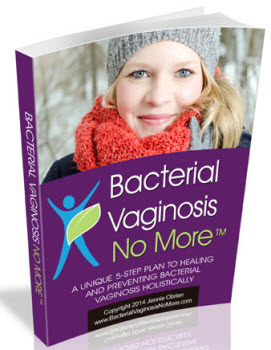