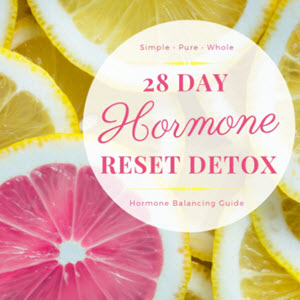 Figure 5 The metabolism of tamoxifen is humans. The principal metabolic route is via N-desmethylation but this occurs only because N-desmethyltamoxifen accumulates and is more slowly excreted than tamoxifen. In contrast, the 4-hydroxymetabolites are rapidly excreted via phase II metabolism and low levels are observed in patient sera. Nevertheless, the 4-hydroxymetabolites are potent binders to the estrogen receptor, approximately 50-100 more potent than tamoxifen.

metabolites - metabolite-Y, metabolite-Z, and 4-hydroxy-N-desmethyltamoxifen - all contribute to the antitumor actions of tamoxifen because they are all antiestrogens that inhibit the binding of estradiol to the estrogen receptor.108 The next significant advance in the understanding of tamoxifen action in breast cancer came with the availability of hormone-dependent human breast cancer to study antitumor mechanisms in the laboratory.109-111 In 1975, Lippman at the National Cancer Institute was the first to describe the ability of tamoxifen to inhibit the growth of macrophage chemotactic factor 7 (MCF7) estrogen receptor-positive breast cancer cells in culture. He was also the first to demonstrate that the addition of estrogen could reverse the action of tamoxifen. Nearly a decade later, Osborne and Sutherland independently described the blockade by tamoxifen of breast cancer cells at the G1 phase of the cell cycle.114'115

Throughout the 1970s and 1980s, the development of tamoxifen became a conversation between the laboratory and the clinic. The initial success of adjuvant monotherapy with L-phenylalanine mustard or combination chemotherapy in the mid-1970s to delay the recurrence of node-positive breast cancer116,117 helped encourage the investigation of other, perhaps less toxic, therapies. Laboratory studies using the DMBA-induced rat mammary carcinoma model118 were first used to explore whether tamoxifen would be effective and whether the drug produced a tumoristatic or tumoricidal effect in vivo.

Previous in vitro studies by Lippman had indicated that tamoxifen could be a tumoricidal drug112; but the results from the in vivo DMBA studies (first reported at a breast cancer symposium at King's College, Cambridge, UK in September 1977)119 demonstrated that a 1-month course of tamoxifen therapy in rats given 1 month after the carcinogenic insult only delayed the appearance of mammary tumors; continuous therapy for 6 months, on the other hand, resulted in 90% of the animals remaining tumor free. Indeed, tumors appeared whenever tamoxifen therapy was stopped. Thus, tamoxifen was shown to have a tumoristatic component to its mode of action and the laboratory results indicated that long-term (up to 5 years) or indefinite therapy might be the best clinical strategy for adjuvant tamoxifen treatment.

Several trials of tamoxifen monotherapy as an adjuvant to mastectomy were initiated in the mid to late 1970s. The majority of clinical trials organizations selected a conservative course of 1 year of adjuvant tamoxifen therapy. This decision was based on a number of reasonable concerns. Patients with advanced disease usually respond to tamoxifen for 1 year, and it was expected that estrogen receptor-negative disease would be encouraged to grow prematurely during adjuvant therapy. If this growth occurred, then the physician would have already used a valuable palliative drug and would have only combination chemotherapy to slow the relentless growth of recurrent disease. A related argument involved the changing strategy for the application of adjuvant combination chemotherapy. Recurrent treatment cycles (2 years) were found to be of no long-term benefit for patients. In contrast, it seemed that aggressive, short-term courses of treatment (6 months) with the most active cytotoxic drugs had the best chance to kill tumor cells before the premature development of drug resistance. The same intuitive sense that 'longer might not be better' contributed to a reluctance on the part of the researchers to start with long-term tamoxifen therapy.

Finally there were sincere concerns about the side effects of adjuvant therapy and the ethical issues of treating patients who might never have recurrent disease. Although this argument primarily focused on chemotherapy and node-negative patients, it is fair to say that few women in the 1970s had received extended therapy with tamoxifen; therefore, long-term side effects were largely unknown. Most tamoxifen-treated patients had only received about 2 years of treatment for advanced disease before drug resistance developed. Potential side effects such as thrombosis and osteoporosis were only of secondary importance. The evaluation of tamoxifen as a chemopreventive in the 1990s would, however, change that perspective.

These data and the DMBA rat mammary carcinoma data were used to support randomized Eastern Cooperative Oncology Group (ECOG) trials EST 4181 and 5181. An analysis of EST 4181, which compared short-term tamoxifen with long-term tamoxifen (both with combination chemotherapy), has demonstrated an increase in disease-free survival with long-term tamoxifen therapy. In fact, the 5-year tamoxifen arm went through a second randomization, either to stop the tamoxifen or to continue the antiestrogen indefinitely.128,129

The 2-year adjuvant tamoxifen study conducted by the Nolvadex Adjuvant Trials Organization or NATO (an acronym chosen to encourage American investigators to read Lancet papers because they might believe the work had been done by the North Atlantic Treaty Organization!) was the first to demonstrate a survival advantage for patients receiving tamoxifen alone.130,131

Similarly, a Scottish trial that evaluated 5 years of tamoxifen versus no treatment demonstrated a survival advantage for patients who take tamoxifen.132 The Scottish trial is particularly interesting because it addresses the question of whether to administer tamoxifen early as an adjuvant or to save the drug until the disease recurs. This comparison was possible because most patients in the control arm received tamoxifen at recurrence. Early concerns that long-term adjuvant tamoxifen would result in premature drug resistance were unjustified since patients on the adjuvant tamoxifen arm had a survival advantage.

Building on the success of their earlier trials that demonstrated the efficacy of tamoxifen in receptor-positive postmenopausal patients,133 the National Surgical Adjuvant Breast and Bowel Project (NSABP) conducted a 2-year registration study of combination chemotherapy (L-PAM, 5-FU) plus tamoxifen, with an additional year of tamoxifen alone. Overall, these investigators concluded that 3 years of tamoxifen confers a significant advantage over 2 years of tamoxifen.134

Until recently, the accepted strategy for the adjuvant treatment of estrogen receptor-positive breast cancer was to employ at least 5 years of therapy. This duration became the standard used in clinical trials in the US because a comparison of 5 with 10 years of adjuvant tamoxifen showed an increase in side effects and a decreased efficacy.137